ACCA’s chief economist Michael Taylor said , World GDP is not likely to regain its pre-crisis level until at least the second half of 2022.

According to him, the Q3 recovery has been driven mainly by the consumer, where the rebound in retail sales has been especially strong. But our view is that the consumer will lose momentum in coming months and into 2021.Increasing, COVID infections in some countries and continued social distancing measures everywhere will undermine consumer confidence and spending. In addition, fiscal support is being scaled back in many cases, contributing to a rise in unemployment.

Coming on the heels of the Global Economic Conditions Survey (GECS), jointly published by ACCA (Association of Chartered Certified Accountants) and IMA (Institute of Management Accountants) of more than 1,000 senior accountants, he noted that the nature and duration of  COVID-19 economic shock is such that it is likely to result in permanent changes to the structure of economies and to the trend rate of economic growth.

“Households and companies may well increase their savings rates, hampering private sector demand. This means that the public sector may have to run significant fiscal deficits for the foreseeable future in order to support overall demand”.

The global survey  revealed an improvement in optimism in Q3 after a torrid first half of the year which saw confidence at record lows. Activity measures, such as orders, capital spending and employment, also improved in the latest survey but only modestly; they remain at low levels consistent with the global economy operating well below the pre-COVID-19 level into 2021.

However,  the GECS Q3 comes with stark warning signs as results point to the weak and precarious state of the global economy in the latter part of 2020.

Commenting on the findings, Thomas Isibor, head of ACCA Nigeria, said, despite the jump in confidence, the overall message from the GECS is still one of weakness with the global economy on course this year for its largest peace time contraction since the 1930s.

“Expectations of substantial economic recovery have shifted decisively towards later in 2021 over the last three months. Over 60 per cent of respondents in Western Europe are now of this view, and more than 50 per cent in Asia-Pacific and North America too. South Asia has the highest percentage not expecting recovery until 2021 Q1 or after”.

Why MTN Group is Most Valuable African Brand’

No Face Mask, No Trip- Uber

Nigeria To Experience Dearth Of Qualified Experts By 2029 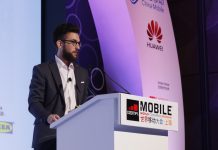 ABOUT US
Gtechnews is a wholly Information and Communication Technology (ICT) website, with a special focus on innovation and futuristic trends. And published by Praying Hands Ventures Limited.